for carillon, home-made instruments and boats 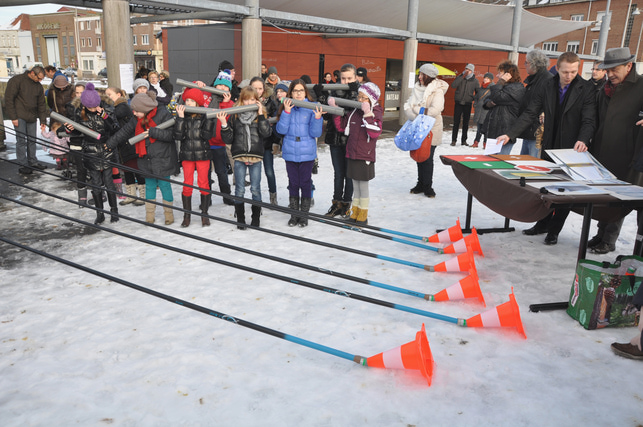 For Sound Week in Dunkirk, I received two commissions from the city, of which one was to compose a piece for home-made instruments to be used in Coup de Vent's Sueños del Mundo project.

In the spirit of Sound Week, which exists (amongst other things) to raise consciousness about one's sonic environment, I composed a piece that led children playing these instruments from the carillon to the harbor. The carillon played a 5-minute prélude and the boats, with their foghorns, played a 15-minute coda. The coda is a slowed-down and simplified version of the prélude, and the children, during their walk from the carillon to the harbor, played a series of variations that transformed the prélude into the coda.